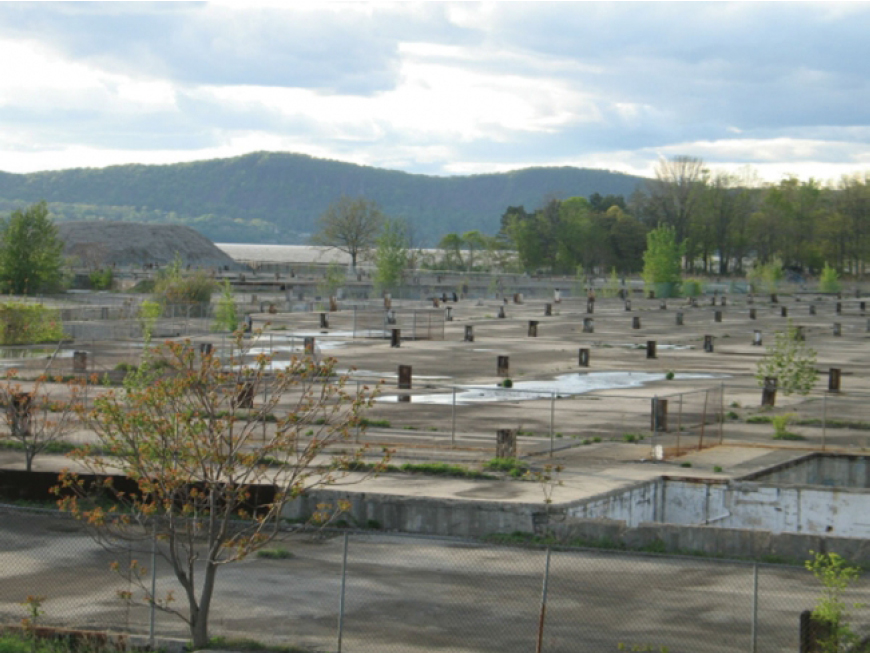 Vacant for almost 17 years, the GM tract along the riverfront in Sleepy Hollow appears a step closer to being developed as a mixed use residential and commercial site. GM has named a developer to whom it intends to hand over the 96 acre site, according to Sleepy Hollow Mayor Ken Wray. The Mayor disclosed the GM move Tuesday night at a Village Trustee meeting to a round of applause from all those in attendance.

General Motor’s financial deal with the developers was not disclosed.

Two firms, Diversity Realty Developers, of New Jersey, and SunCal, a California developer, are setting up a partnership to build what was established within the limits of a special permit issued to GM by the village in 2011. Based on that approved arrangement, the developer could build 1,177 residential units and approximately 170,000 square feet of retail and office space, including a 140 room hotel, and possibly a movie theater on just more than half of the site. Open space and a small facility for village services would utilize the remaining acreage.

GM’s effort to find a buyer stalled in 2011 when neighboring Tarrytown filled a lawsuit contending the size of the permitted development would create traffic congestion within its village. The lawsuit was settled this past fall with an agreement that called for any eventual developer having to commit $384,000 to Tarrytown toward mitigating any potential traffic problems. At that point, about a year remained under its special permit for General Motors to find a developer.

“We look forward to working with them very closely in the next few months,” Wray commented in regard to the developers, adding that, “It’s been a long sixteen-seventeen years.” GM shut down its motor plant at the site in 1996 and tore it down soon afterward.

Diversified Realty Advisors portrays itself as “a full-service real estate company with core strengths in residential and commercial development and construction.” The company states it has been involved in “the design, development and construction of over 10,000 residential units across five states.” The other partner, SunCal, describes itself as having “seven decades of commitment and experience” in becoming “one of the largest privately owned developers of master-planned and mixed-use communities in the United States.”

The transaction between GM and a developer opens the way for increased tax revenue for both the Tarrytown School District and the Village of Sleepy Hollow instead of a lesser amount that it had been paying for many years, set up as an incentive to have GM maintain its motor plant in the village.